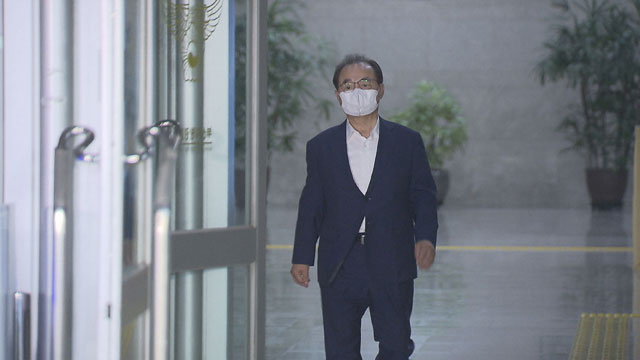 Former Busan Mayor Oh Keo-don, who is facing charges of sexual harassment by force, appeared on Tuesday for a hearing on his arrest warrant.

Accompanied by five to six of his legal counsel at the Busan District Court, Oh remained mum when asked whether he admits to the charges, before apologizing in a whisper.

After the hearing, the former mayor will be in police custody while the court makes a decision on his arrest.

In April, Oh allegedly molested a female city government official at his office during working hours. Later that month, the disgraced mayor held a press conference to admit to the impropriety and announced his resignation.
Share
Print
List