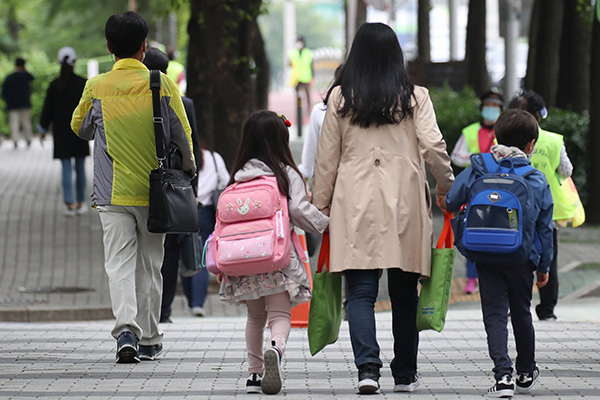 In the third phase of South Korea's school reopening, one-point-78 million students will return to school on Wednesday amid lingering concerns about the continued spread of the novel coronavirus.

It comes after about two-point-eight million students returned in the phased school reopening that started on May 20. Including those, some 77 percent of the country's five-point-nine million students will now be back in class.

However, parents are increasingly concerned about their children's safety in classrooms amid continued COVID-19 cases in the capital region.

About 530 schools in Seoul and its surrounding areas on Tuesday postponed or suspended the planned reopening, accounting for 99 percent of schools that made similar steps.
Share
Print
List