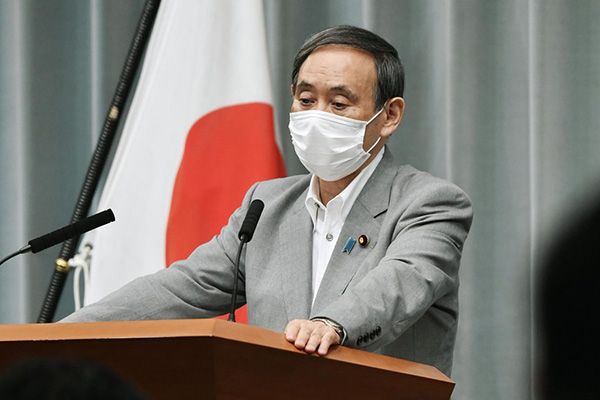 Japan has hinted at countering the legal process that has begun in South Korea to liquidate seized assets of a Japanese firm which has ignored a court ruling to compensate Korean victims of Japan's wartime forced labor.

Tokyo's Chief Cabinet Secretary and top government spokesperson Yoshihide Suga said Thursday that in light of protecting the economic activity of Japanese companies, Japan will respond to the issue with every option on the table.

He said Tokyo has told Seoul repeatedly including during Wednesday's foreign ministerial talks over the phone that the forced sale of seized assets must be avoided.

Suga did not mention specifics but his remark implies that if the liquidation proceeds, Japan can retaliate through tariff hikes or seizing Korean assets in Japan.