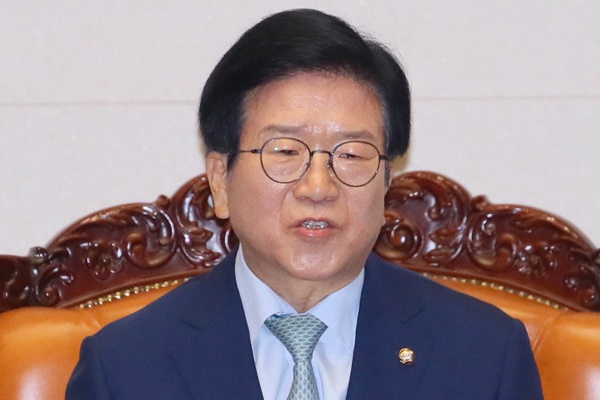 Park Byeong-seug shared his visions and goals in his public address on Friday after the six-term lawmaker from the ruling Democratic Party was elected as the new Assembly Speaker.

The 68-year-old politician said the new parliament should part ways with wrong practices of the past and strive to regain public trust.

Introducing himself as a parliamentarian who values dialogue and compromise, the speaker stressed the need to extend mutual understanding between parties by talking to one another and work together for national unity.

He was elected to the post by garnering 191 out of the 193 votes cast in the opening session of the four-year parliament on Friday. The main opposition United Future Party refused to vote as the two major parties remain at odds over how to divide standing committee chairs between them.
Share
Print
List