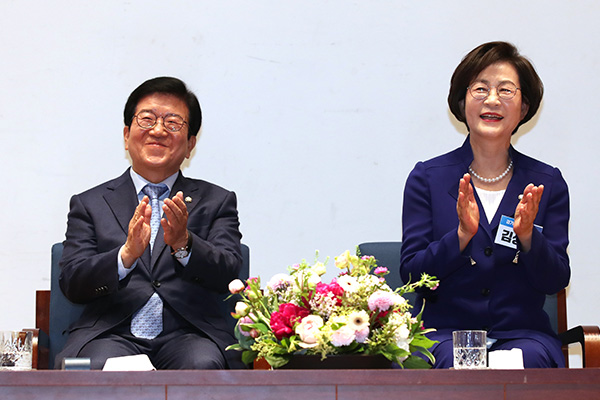 The new South Korean parliament has produced the first-ever female deputy speaker in the country’s history.

Representative Kim Sang-hee from the ruling Democratic Party(DP) received 185 out of 188 votes on Friday to be elected to the post.

The four-term lawmaker hailed her election as a milestone in South Korea's 73-year-old constitutional history and vowed to work for a gender-equal society while helping to create a people-oriented parliament.

The 66-year-old politician, who had long worked as a women’s rights activist, also said she will make best use of female leadership and become an active bridge between the ruling and opposition parties through dialogue and cooperation. Kim also pledged to become a role model for women in younger generations.

Meanwhile, the other deputy speaker slot which is reserved for the main opposition United Future Party(UFP) was not elected after the conservative party boycotted the vote in protest of the DP’s refusal to compromise over the parliamentary standing committee chairs.
Share
Print
List