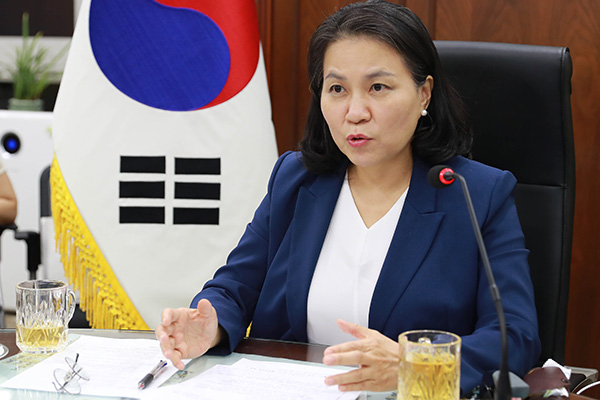 South Korea’s Trade Minister Yoo Myung-hee has officially declared her bid to run for the next head of the World Trade Organization(WTO).

In a briefing held at the government complex in Sejong City on Wednesday, Yoo vowed to restore the WTO system, which she said is facing its worst crisis since its foundation.

She said restoring and boosting the WTO’s trade order and cooperation system are key to strengthening South Korea’s economy and national interest. She made the remark as she cited that South Korea is the world’s seventh-largest exporter and has long advocated for free trade.

Yoo stressed that the time has come for South Korea to actively heed the demands of the international community in line with its advanced status.

Yoo said given that it has grown through free trade within rules and order set by the WTO, South Korea should use its experience and capabilities to play a crucial role in restoring and advancing the WTO’s trade order and international cooperation system.