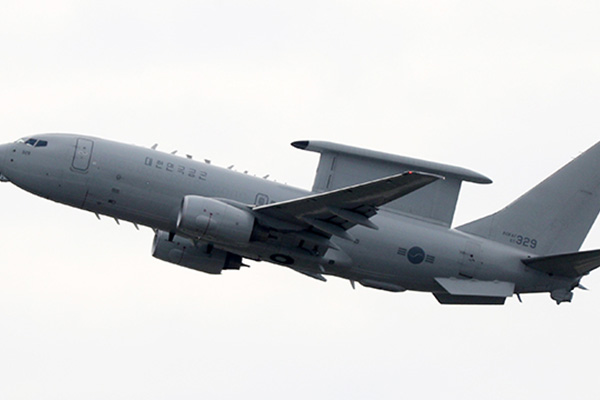 The Defense Acquisition Program Administration(DAPA) held a meeting Friday and approved planned projects to this effect.

It did not specify the number but two more planes are likely to be introduced with a budget of one-point-six trillion won through the year 2027.

The radar system is designed to detect enemy targets such as missiles and aircraft and perform command and control of the battlespace in the air.
Share
Print
List