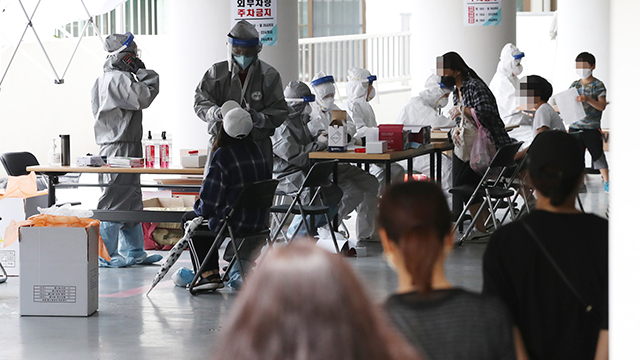 The daily increase in coronavirus infections in South Korea has topped 60 for the first time in eight days, with continued outbreaks of domestic and imported cases.

The Korea Centers for Disease Control and Prevention said on Sunday that 62 new cases were reported throughout Saturday, raising the accumulated total to 12-thousand-715.

Twenty-two imported cases were also reported Saturday, 16 of which were detected upon arrival. The daily number of imported cases topped the ten mark eleven times this month.