Top Office Has 'No Position' on Report on Japan's Opposition to S. Korea's G7 Participation 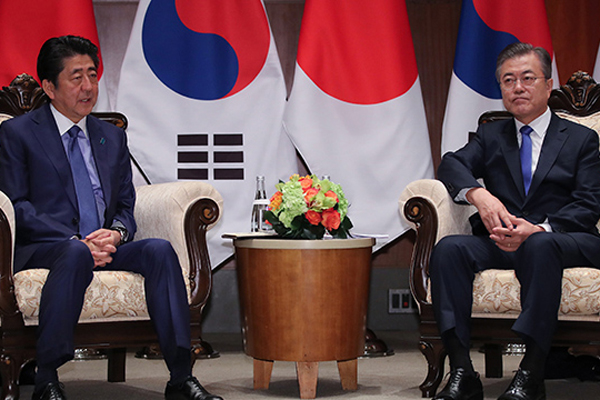 The presidential office says it has "no position" regarding a report that Japan told the United States it would oppose a suggestion by U.S. President Donald Trump to add South Korea to the summit for the Group of Seven advanced nations.

The Japanese government reportedly delivered its position to the United States that the current framework of the G7 should be maintained, expressing concerns that South Korea and the G7 members have differences in their attitude regarding issues of North Korea and China.

Late last month, Trump called for an expansion of the group’s membership because he considers it an outdated body that does not properly represent “what’s going on in the world.” He singled out Russia, Australia, South Korea and India as possible additions.
Share
Print
List