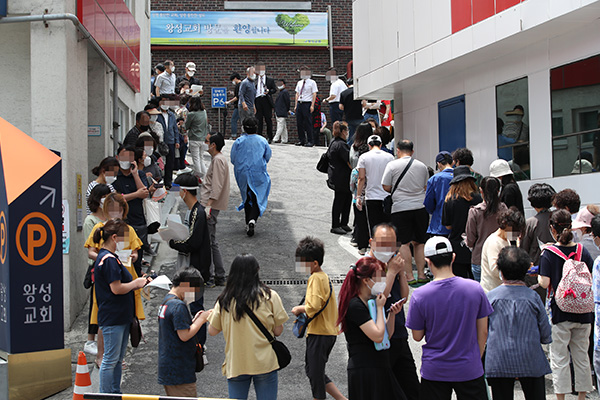 The Korea Centers for Disease Control and Prevention(KCDC) on Monday reported the daily figure compiled throughout Sunday, bringing the national tally to 12-thousand-757.

It marks a slight drop from 62 cases on Sunday and 51 cases on Saturday.

Of the latest cases, 30 were local transmissions with 21 reported in the greater Seoul area, including 14 in Gyeonggi Province and six in the capital city. A total of 11 cities and provinces reported at least one new case either locally infected or imported from overseas.

No additional death related to the virus was reported, leaving the death toll at 282.
Share
Print
List