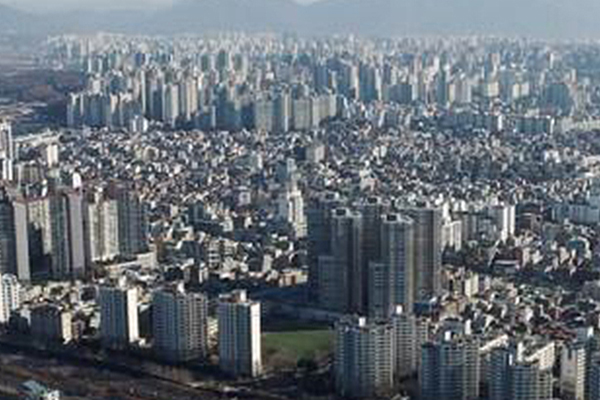 A new report finds that the wealth gap in South Korea is serious and that such gaps tend to widen with a rise in real estate prices.

According to the report released by three researchers at the Korea Institute for International Economic Policy on Monday, the top ten percent of earners in South Korea own 42 percent of total net assets owned by households. Of those assets, nearly 12 percent were real assets and roughly eight percent were financial assets.

The report said such rates suggest that real estate is the key asset of South Korean households and that changes in real estate prices are likely to have a significant impact on deepening wealth inequality.

The report said though South Korea’s latest figure is not extremely high compared to the U.S., Austria, the Netherlands, Germany, Canada and France, it’s considered to be worrisome given that the level of income yielded through assets is much larger in the case of South Korea. It also noted that there is less demand to purchase real estate in Europe as people there are guaranteed housing security even if they don’t own homes.

The report added that a rise in home prices leads to wider income inequality in South Korea as government policies are lacking in terms of redistributing income.
Share
Print
List