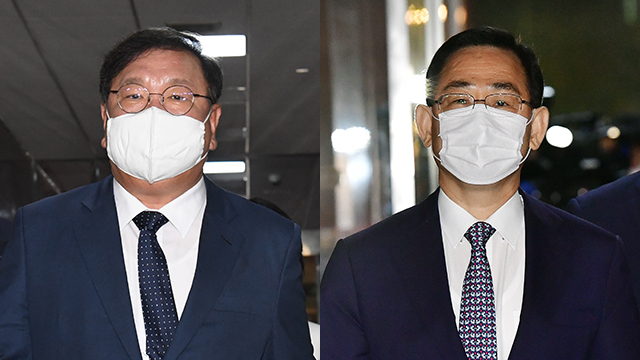 The National Assembly will hold a plenary session Monday afternoon to complete assignments of chairs for 18 standing committees, without participation from the main opposition United Future Party(UFP).

The floor leaders of the ruling Democratic Party(DP) and the UFP made last-ditch efforts Monday morning to strike a deal on the chair seats, but came short of a compromise.

The DP says the parties drew up a draft version of the deal, including giving priority to the ruling side on chairmanship for the contentious legislation committee in the latter half of the current Assembly.

The draft also stated that the parties would divide up the 18 committee chairs, eleven for the DP and seven for the UFP, and that they would work towards reforming the legislation committee, which oversees legislation for major policies.

For the first time since the 12th Assembly formed in 1985, the ruling party is expected to take all of the standing committee chair posts under the current 21st Assembly.