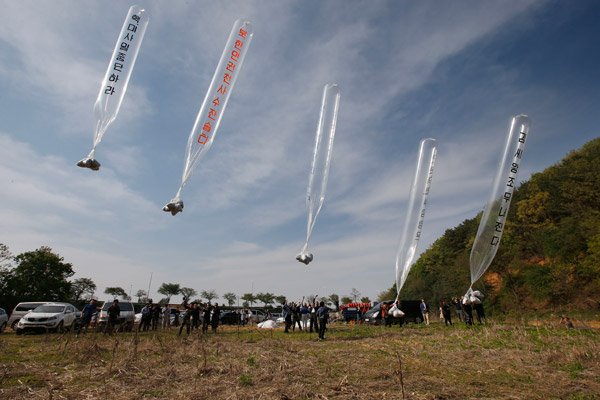 The South Korean government is expected to begin the process of revoking the operating permits of two defector groups for their anti-Pyongyang propaganda campaigns after a hearing was held on Monday to discuss the issue.

The Unification Ministry said Monday that it plans to reflect the position of one of the groups, Kuensaem, as submitted by its chief Park Jung-oh.

After the hearing, Park's lawyer said the group had sent rice and face masks in plastic bottles to North Korea this year, but not Bibles or USBs, as the ministry claims.

Calling the license annulment unconstitutional and illegal, the lawyer said the group will take legal action should its permit be revoked.

Park Sang-hak, the head of another group, Fighters for a Free North Korea, whose property was seized by police on Friday as part of the related probe, did not attend the hearing.
Share
Print
List