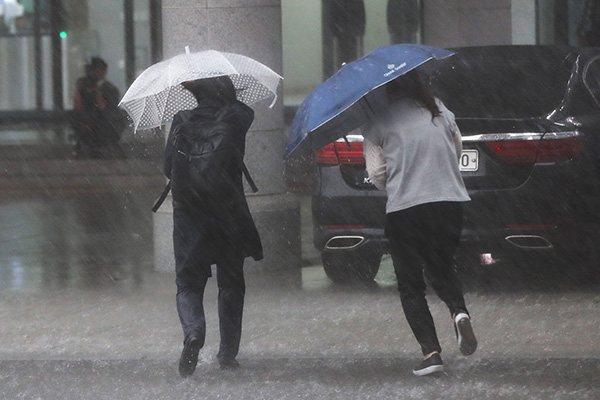 The Ministry of the Interior and Safety said Monday that a precautionary first-stage emergency status went into effect at the Central Disaster and Safety Countermeasures Headquarters at 4 p.m.

The ministry also held a videoconference with regional government representatives and called on them to prepare for the torrential downpours.

Earlier in the day, the Korea Meteorological Administration(KMA) issued a heavy rain watch for Jeju Island and southwestern coastal areas of the mainland and plans to take similar measures for most other regions in the country Monday night.

Up to 300 millimeters of rain is expected across the country until early Tuesday morning, with eastern parts of Gangwon Province and North Gyeongsang Province likely to be hit hardest.
Share
Print
List