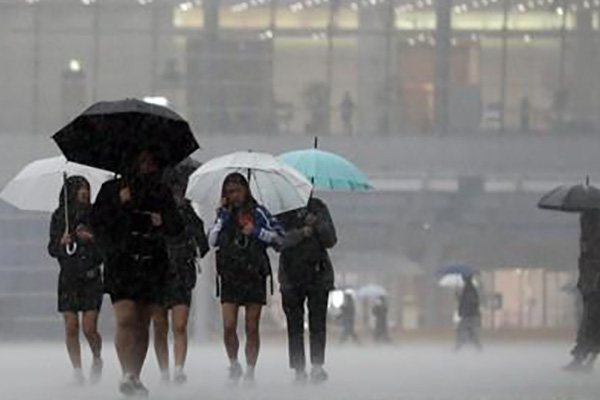 Heavy rains are expected to continuously hit parts of the nation on Tuesday, with strong winds forecast for coastal areas.

The Korea Meteorological Administration forecast more than 300 millimeters of rain for eastern parts of Gangwon Province and coastal areas in North Gyeongsang Province, expecting torrential rains of over 80 millimeters per hour.

The central region, excluding the eastern parts of Gangwon Province, is expected to receive over 150 millimeters of rain.

The weather agency called for preparations to prevent flooding in coastal lowlands and farmlands.

The rain is expected to stop on Tuesday afternoon in most parts of the nation, but likely to continue into Wednesday morning in eastern Gangwon Province and coastal areas in North Gyeongsang Province.

Due to the rain, afternoon high temperatures on Tuesday are forecast to drop two to four degrees Celsius from the previous day to 21 to 28 degrees.
Share
Print
List