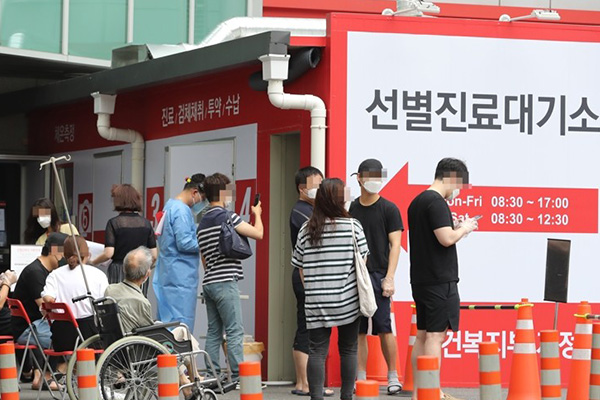 South Korea’s COVID-19 cases have risen by around 40 for the second consecutive day as several cities and provinces joined the Seoul metropolitan area in reporting new infections.

The Korea Centers for Disease Control and Prevention said a total of 12-thousand-800 cases have been diagnosed as of 12 a.m. on Tuesday, including 43 cases in the past 24 hours.

Of the latest patients, 23 were local infections, including seven cases in Gyeonggi Province and six in Seoul amid continuing clusters linked to church meetings and door-to-door sales firms.

In Daejeon, five people were newly infected, including three members of a family linked to a daycare center.

Incheon added three cases, as did Gwangju due to a cluster surrounding a Buddhist temple, while five other cities and provinces added a case, each.

Among the 20 new imported cases, 13 were confirmed upon arrival.