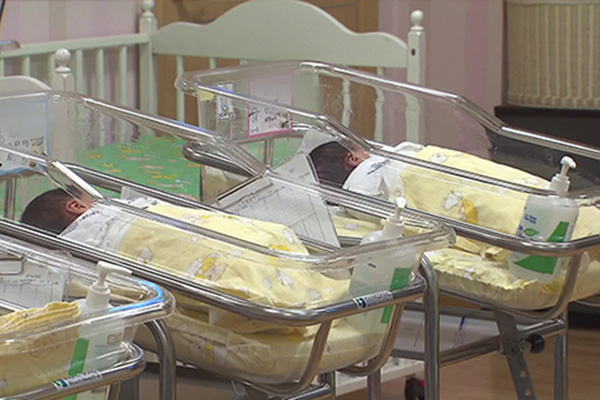 The average number of children expected to be born to a South Korean woman over her lifetime ranks the lowest in the world at one-point-one, compared to the two-point-four global average.

This is according to a report by the Korea Population, Health and Welfare Association released Tuesday together with the United Nations Population Fund.

South Korea's population stands at 51-point-three million, the 28th largest in the world, and the same as last year. However, the report shows that a very low birthrate and aging population have become serious concerns.

While the total fertility rate is the lowest in the world, the percentage of its population aged 14 and younger is also among the lowest at 12 and a half percent, much lower than the global average of over 25 percent. Meanwhile the elderly aged 65 and above accounts for 15-point-eight percent of Korea's total population, compared to the global average of nine-point-three.