N. Korea Imported Five Years Worth of Grain from Russia in April 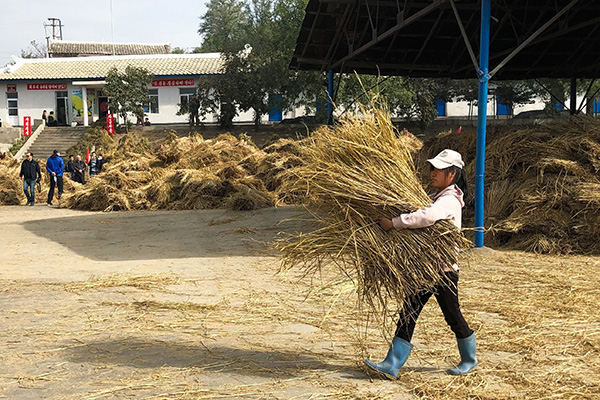 North Korea imported five year's worth of grain from Russia in April, suggesting that the communist state is experiencing a severe food shortage.

The North imported seven-point-four-million-dollars worth of grain from Russia in April, according to the latest data by the International Trade Center(ITC) on Wednesday.

That's about three times larger than its grain imports a year ago, which totaled two-point-five-four-million-dollars, and is close to the combined amount of the commodity the North imported from Russia over the past five years or eight-point-three-million-dollars.

Voice of America(VOA) reported that the North also imported nine-point-five million dollars of grain powder from its biggest trading partner China in May.

Amid the already impoverished nation's COVID-19 lockdown, the UN World Food Program(WFP) estimated that more than ten million North Koreans, or 40 percent of the population, are likely in need of food aid.
Share
Print
List