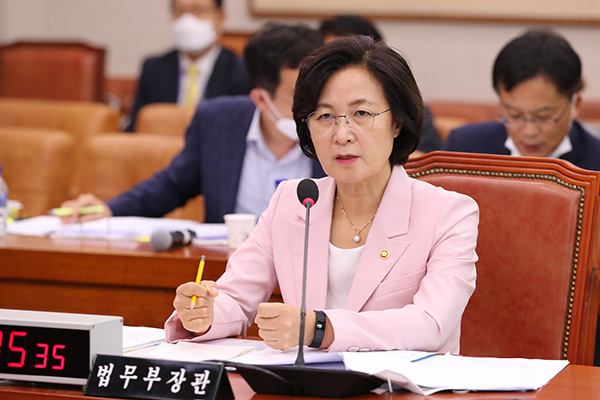 Justice Minister Choo Mi-ae exercised her command authority by ordering Prosecutor General Yoon Seok-youl to suspend convening an expert advisory panel regarding an ongoing probe into alleged collusion between the state agency and the media.

In an official document on Thursday, Choo said hastily concluding the case through the disputed panel's review could hamper efforts to find the truth behind the allegations.

The minister also ordered the chief prosecutor to stop interfering in the investigation, as previously suggested by the Seoul Central District Prosecutors' Office, which handled the initial case.

Choo said since it involves an incumbent district chief prosecutor close to Yoon, the investigative team should independently conduct its probe and only report the outcome to Yoon to guarantee fairness.