Main Opposition Party to Return to Parliament Early Next Week 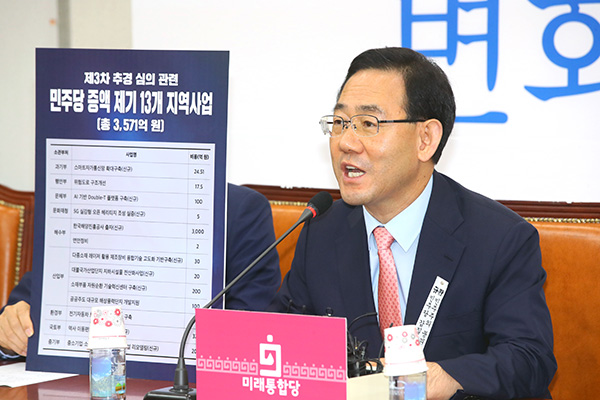 The main opposition United Future Party(UFP) will return to parliament early next week but will not take part in voting on the third supplementary budget bill.

Asked by reporters on Thursday if the UFP will return to the National Assembly next Monday, party floor leader Joo Ho-young said it will be around that time without elaborating a specific date.

His remarks suggest that the UFP will take part in an extraordinary session that will be reconvened after the third supplementary budget bill is put to a vote on Friday during a plenary session.

UFP interim leader Kim Chong-in said that deliberations on the budget bill will be left to the ruling Democratic Party since it is acting unilaterally.

He said his party's lawmakers will sincerely fulfill their duties after those deliberations have concluded.
Share
Print
List