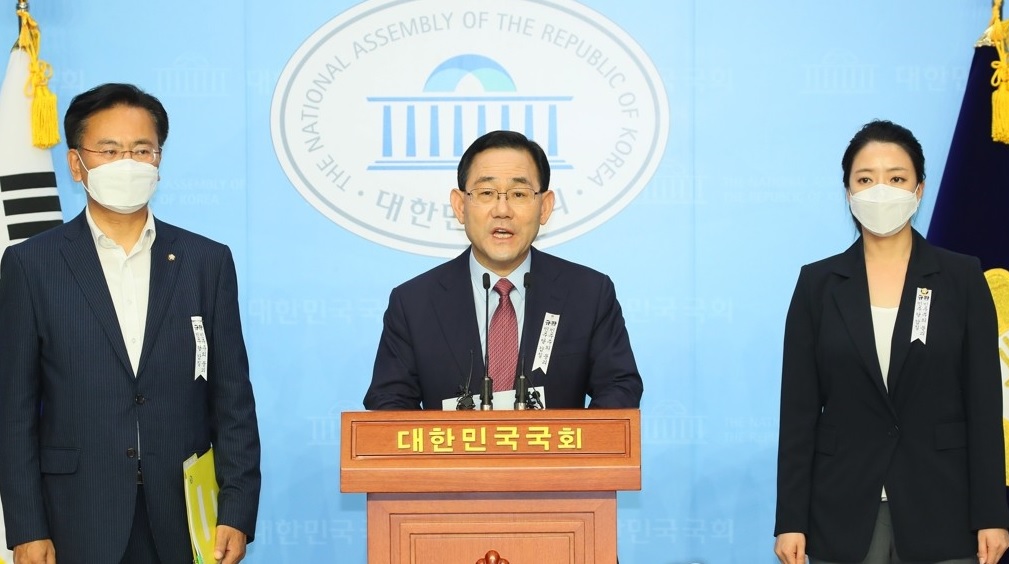 UFP floor leader Joo Ho-young made the demand during an emergency press conference on Thursday, accusing Choo of doing all she can to bring down Prosecutor-General Yoon Seok-youl.

[Sound bite: United Future Party Fl. Leader Joo Ho-young (Korean/English translation)]
"[Minister Choo] is supposed to ensure the neutrality and independence of the prosecution and protect it from political influence. However, she used her position and power to take the lead in damaging the independence and neutrality of the prosecution. I would like to make a request to President Moon Jae-in. If the president keeps quiet, it is the same as protecting Minister Choo. I demand President Moon immediately dismiss Minister Choo, who went against the rule of law. If he does not, Minister Choo will be impeached by the National Assembly."

Choo, a former judge, was a five-term ruling Democratic Party lawmaker before being appointed early this year as the successor to former Justice Minister Cho Kuk, who stepped down amid various accusations of improprieties against him and his family.

While seeking to carry on her predecessor's prosecution reform drives, she has locked horns over several issues with Prosecutor-General Yoon, who despite being Moon’s appointee, has been considered by critics as being too loyal to his organization and resisting internal reform measures aimed at limiting prosecutors' power.
Share
Print
List