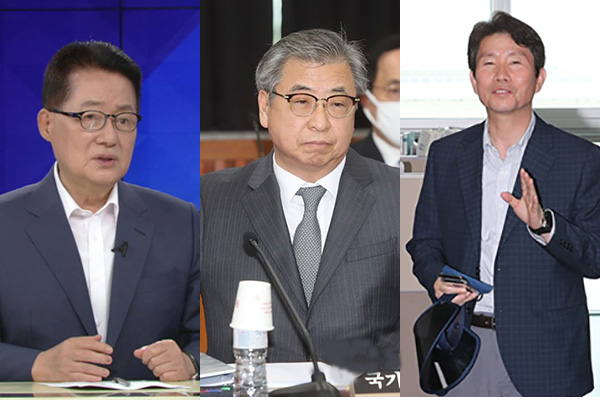 Anchor: President Moon Jae-in has announced his nominees for the director of the National Intelligence Service and unification minister in the wake of strained inter-Korean ties. Former lawmaker Park Jie-won of the minor opposition Party for People's Livelihoods has been tapped as the new NIS chief while Rep. Lee In-young is nominated to lead the unification ministry.
Kim Bum-soo has more.

Moon also picked former lawmaker Park Jie-won of the minor opposition Party for People's Livelihoods as the head of the National Intelligence Service(NIS).

Presidential spokesperson Kang Min-seok on Friday announced the reshuffle in the wake of recent inter-Korean tension.

The spokesman also highlighted NIS chief nominee Park's experience of carrying out the Sunshine Policy of engagement under the Kim Dae-jung administration.

[Sound bite: Presidential Spokesman Kang Min-seok (Korean/English translation)]
"NIS Director-nominee Park Jie-won is a four-term lawmaker who is able to issue clear and brief political messages and is well capable of intelligence analysis. He is also familiar with the work of the NIS as a three-term parliamentary intelligence committee member."
"Nominee Park contributed much to the 2000 inter-Korean summit agreement, and has expertise in North Korea issues, providing advice to South-North issues under the incumbent government."

Chung and former Presidential Chief of Staff Im Jong-seok will assist Moon as his new special advisers for foreign affairs.

The reshuffle comes after the resignation of Unification Minister Kim Yeon-chul last month, who stepped down following North Korea's demolition of an inter-Korean liaison office.