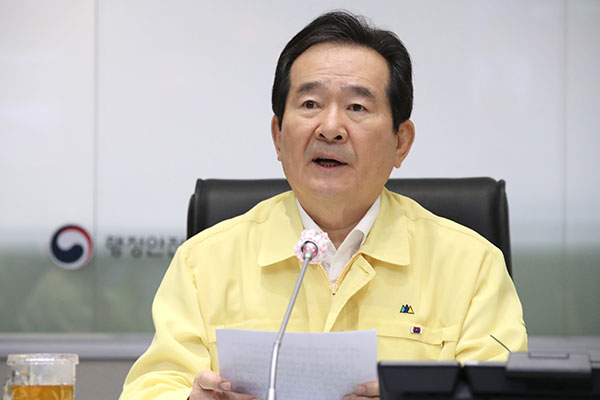 Following the late-night passage of a third extra budget on Friday, Prime Minister Chung Sye-kyun has called for its swift and effective execution to maximize impact.

He said the supplementary budget is the largest of its kind put together to quickly overcome the economic crisis, the most severe since the Great Depression, and to prepare for the post-COVID-19 era. He stressed the budget was financed through valuable resources including adjustments to expenditure and the issuance of state bonds.

The National Assembly held a plenary session at 10 p.m. Friday and passed the 35-point-one trillion won extra budget aimed at fighting the coronavirus pandemic and its economic fallout.

The passage came 29 days after the bill was submitted to the Assembly in early June. It is the single biggest supplementary budget to date.

No lawmakers from the main opposition United Future Party attended the plenary session, while the minor Justice Party refrained from voting, both taking issue with the budget's deliberation process.

The bill's passage was led by the ruling Democratic Party which holds a majority.