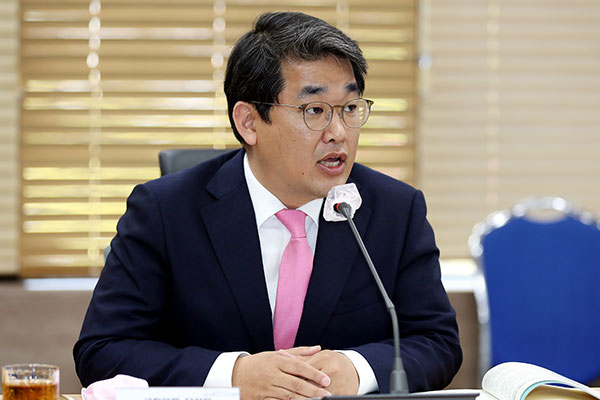 Rival parties are still split on the government's extra budget approved in parliament late Friday and the budget allocation plans ratified by the Cabinet on Saturday.

The ruling Democratic Party has emphasized that the supplementary budget will serve to assist public livelihoods, saying that by passing it, the National Assembly is doing its job.

The main opposition United Future Party has meanwhile blasted the hasty deliberation process, unilateral passage of the bill and pork-barrel aspects of the budget.

In a written briefing Saturday, DP spokesperson Kang Hoon-sik said that because the budget was approved within the legal deadline, six-point-four million South Koreans will directly benefit.

He said swift execution of the funds will go towards safeguarding employment, providing fiscal aid for small and medium firms, urgent assistance for universities and support for COVID-19 quarantine.

​Bae June-young, spokesman for the UFP, pointed out that the main opposition was not part of budget deliberations as the ruling party rushed through the process and approved the bill in just five days.

He said a closer look reveals that many budget items are not directly related to the COVID-19 response, or are simply geared toward creating short-term jobs.
Share
Print
List