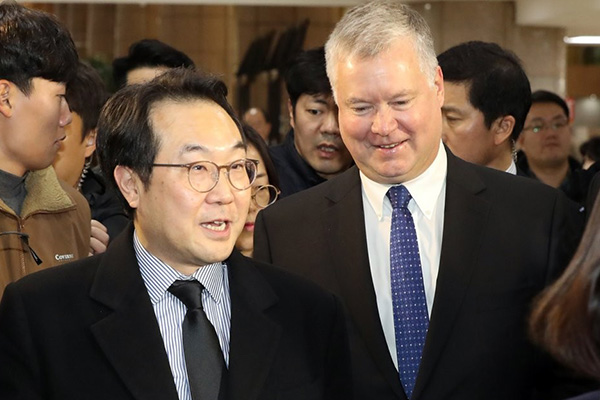 The U.S. point man for North Korea is reportedly due to visit South Korea next week.

Citing a government official, Reuters reported on Friday that U.S. Deputy Secretary of State and Special Representative for North Korea Stephen Biegun will be among several State Department officials holding talks with their South Korean counterparts on Tuesday.

It's likely Biegun will stay in South Korea for three days for talks with his counterpart Lee Do-hoon and other Seoul officials from the foreign ministry and presidential office.

His visit comes as a stalemate in nuclear negotiations between Washington and Pyongyang continues and inter-Korean relations are also strained.

Biegun has said there is time for both sides to re-engage and “make substantial progress” but the coronavirus pandemic would make an in-person summit difficult before the November election.
Share
Print
List