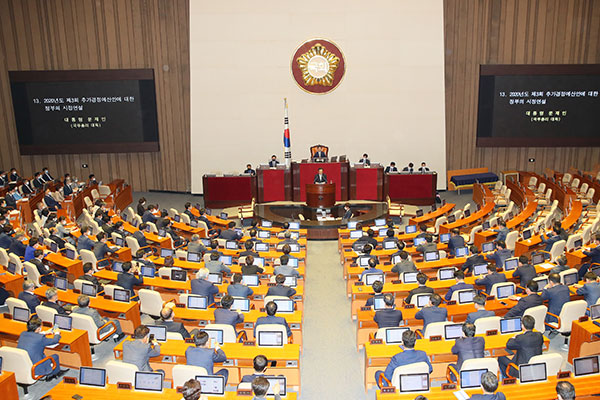 The parliament said the session will commence at 2 p.m. Monday at the request of 183 lawmakers.

The main opposition United Future Party is expected to return to the Assembly in July, ending its boycott over the ruling Democratic Party's unilateral appointment of parliament committee heads.

Contentious bills to be handled during the July session include a law banning the sending of propaganda leaflets to North Korea and a revision to the National Assembly Act which creates a new exclusive agency to investigate crimes by senior public officials.