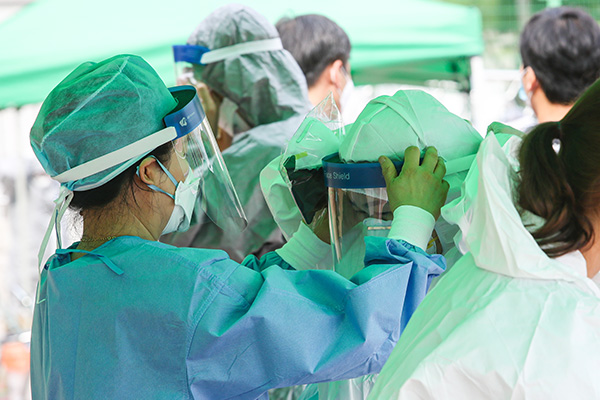 South Korea reported around 50 new COVID-19 cases as sporadic clusters continued to affect many parts of the country.

The Korea Centers for Disease Control and Prevention(KCDC) announced 13-thousand-137 cumulative cases as of 12 a.m. Monday, including 48 cases from the past 24 hours.

It marks a slight decrease from over 60 cases recorded over the three previous days and attributed in part to a fewer number of tests being administered on Sundays.

Community transmissions and imports from overseas equally split the new cases with 12 out of 24 domestic infections from the wider Seoul area, including five in Gyeonggi Province and five in Incheon.

Fifteen of the 24 imported cases were detected upon arrival. It marks the 11th consecutive day more than ten cases from overseas were reported.