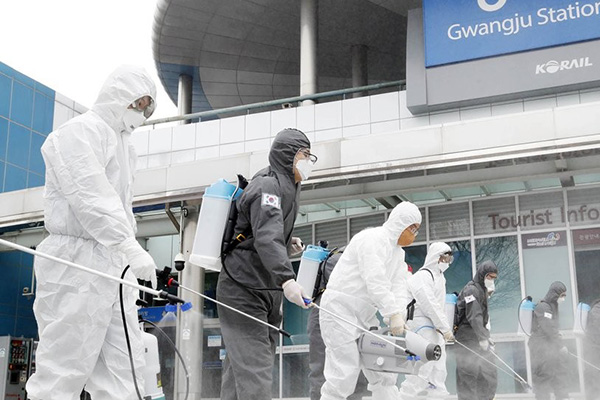 Anchor: South Korea reported around 50 new COVID-19 cases as sporadic clusters continued to affect many parts of the country. The Korea Centers for Disease Control and Prevention(KCDC) announced the tally has reached 13-thousand-137 cases as of 12 a.m. Monday, including 48 cases from the past 24 hours.
Our Choi Yoo Sun has more.

Report: South Korea added another 48 COVID-19 cases on Monday as sporadic clusters continued to affect many parts of the country.

Among them, 24 are locally transmitted while the rest came from overseas.

While raising the nationwide tally to 13-thousand-137 during the daily briefing on Monday, Vice Health Minister Kim Gang-lip said that the rapid spread in the southwestern part of the country is emerging as a risk factor.

[Sound bite: Vice Health Minister Kim Gang-lip (Korean/English translation)]
"Especially, the fast pace of spread in the southwestern region is a risk factor in the quarantine control. As we are managing to prevent a massive outbreak, we do not need to upgrade the current social distancing level, however, contact tracing by quarantine authorities is consistently falling behind the spread of COVID-19."

The southwestern city of Gwangju reported seven cases while the surrounding South Jeolla Province added two.  A total of 87 cases have so far been tied to a Buddhist temple in the city.

The government of South Jeolla Province on Monday raised its social distancing from level one to two.