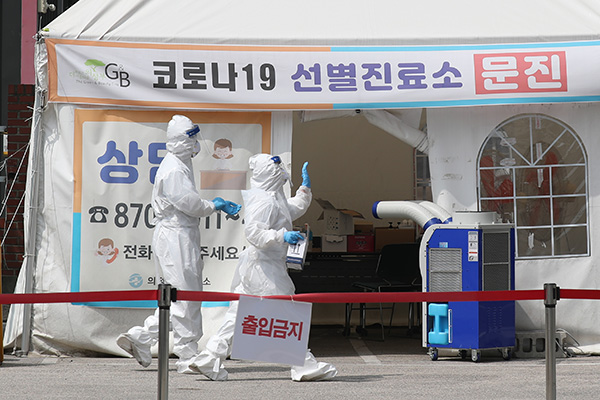 The Korea Centers for Disease Control and Prevention(KCDC) on Tuesday announced that the national tally hit 13-thousand-181, including the new patients compiled throughout the previous day.

Of the latest cases, 24 were imported from overseas while 20 were local transmissions, marking the first time in two weeks that foreign inflow outnumbered community infections.

Twelve out of the 20 local cases were from the wider Seoul area, including seven in Gyeonggi Province and three in the capital city. Gwangju and Daejeon added six and two cases, respectively.

The death toll attributed to the coronavirus rose by one to 285, leaving the country’s mortality rate from the virus at two-point-16 percent.
Share
Print
List