US Officially Notifies WHO of its Withdrawal 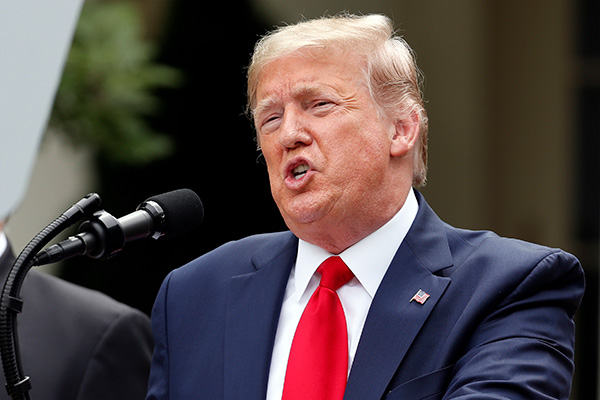 The United States has reportedly notified the World Health Organization(WHO) that it will formally withdraw from the body.

The Hill, a Washington-based political newspaper, reported on Tuesday that a senior official from the Trump administration confirmed that the White House has officially moved to withdraw from the global public health body.

The U.S. reportedly submitted its withdrawal notification to the United Nations Secretary-General Antonio Guterres, who is the depository for the WHO.

CNN quoted a source as saying that the letter was very short, around three sentences, and that it will trigger a one-year withdrawal timeline.

The move to pull out of the WHO during a pandemic has been met with criticism. Senator Bob Menendez, the top Democrat on the Senate Foreign Affairs Committee, said on Twitter that the withdrawal won't protect American lives or interests. Rather, it leaves Americans sick and America alone.

In late May, Trump said the U.S. would end its partnership with the WHO, blasting the body for failing to press China to be more transparent about the COVID-19 outbreak.
Share
Print
List