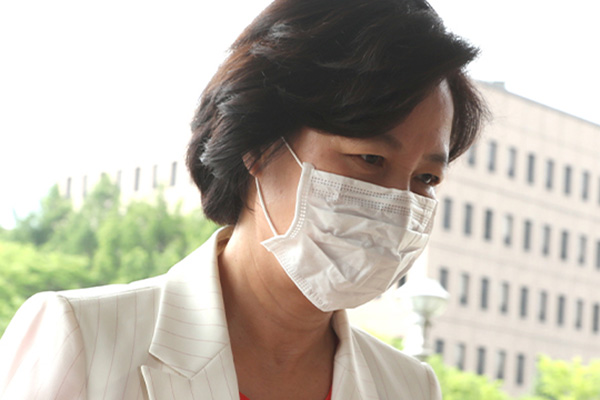 Justice Minister Choo Mi-ae gave Prosecutor General Yoon Seok-youl until Thursday morning to respond to her demand to back off from an investigation involving a ranking prosecutor connected to him.

In a statement on Wednesday, Choo says she will wait until 10 a.m. Thursday to hear “wise judgment” from the chief prosecutor.

The ultimatum came as Yoon has remained mum for six days on the demand to abort the planned formation of an expert advisory panel to weigh the merits of the aforementioned case.

Choo said she has had plenty of time to hear and understand the difficulties facing the prosecution, however, the current state of criminal and judiciary justice is not considered normal by anyone. She added that the nation should not return to the wrong path.

The minister also said that everyone should play their part and work for the country's future.

Regarding the case in question, in late March, MBC accused a Channel A reporter of using his ties with a ranking prosecutor close to Yoon to pressure an inmate for a list of politicians his company allegedly lobbied.
Share
Print
List