S. Korea, US to Continue Efforts to Bring N. Korea Back to Dialogue 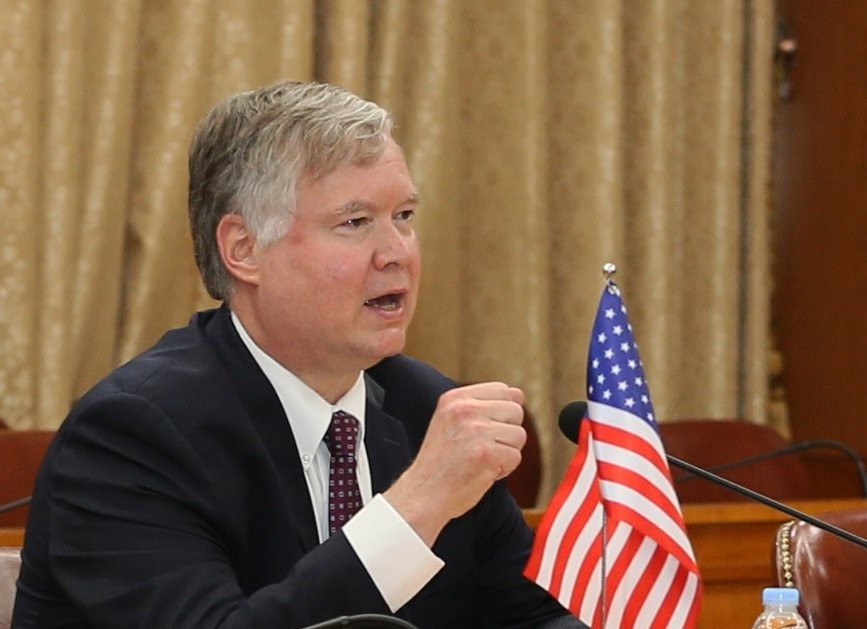 South Korea and the United States agreed to continue efforts to bring North Korea back to dialogue on denuclearization.

The agreement came during a meeting Wednesday between South Korea's top nuclear envoy Lee Do-hoon and visiting U.S. Deputy Secretary of State Stephen Biegun, who is also Washington's point man on the North.

The two sides discussed ways to break the ongoing deadlock, where Lee highlighted the need to exert all-out efforts for a swift resumption as dialogue and negotiation are the only ways to resolve the nuclear issue.

Regarding the North's recent refusal to sit down for talks in a statement issued by Vice Foreign Minister Choe Son-hui, Biegun said he hadn't requested a meeting during his visit to Seoul this week.

The official said Washington would return to talks when North Korean leader Kim Jong-un is ready to negotiate the terms of his agreement with President Donald Trump on denuclearization and bringing peace to the peninsula.
Share
Print
List