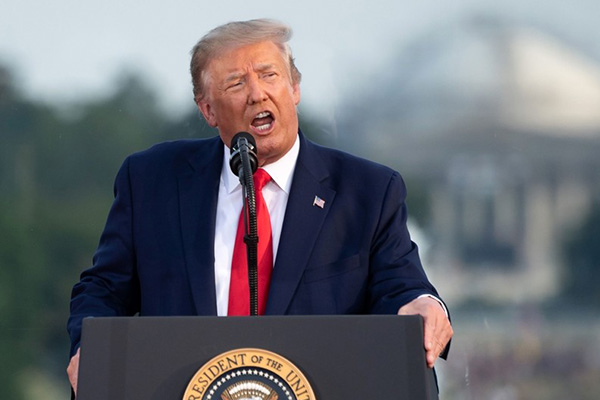 U.S. President Donald Trump said Tuesday that he is open to the idea of another summit with North Korean leader Kim Jong-un.

In an interview with U.S. broadcaster Gray Television, Trump said he understands that the North Koreans want to meet and the U.S. would certainly do that, when asked if he anticipates a third summit.

Trump added that he believes the U.S. would be in a major war right now with North Korea if Hillary Clinton had won the last presidential election.

In fact, the U.S. president said everyone thought he would start wars, but pointed out that he has withdrawn troops instead, pulling out U.S. soldiers from conflicts in the Middle East.

When asked again if he would hold another summit with Kim, Trump said he would if he thought it was going to be helpful. He then said a summit would probably be helpful, emphasizing his good relationship with Kim.
Share
Print
List