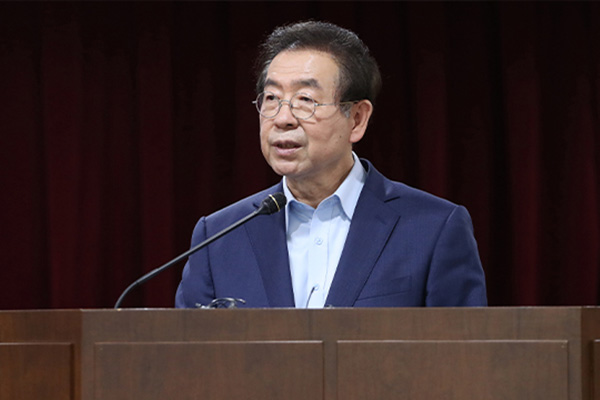 According to a police official, a former secretary of Park recently filed a police complaint accusing him of sexual harassment. Park was found dead in Seoul early on Friday, hours after he was reported missing.

With the mayor's death, the police investigation will be halted and the case will be closed as the prosecution has no "right of arraignment" over the deceased.

Police said on Friday that Park’s body was found around midnight near Sukjeong Gate at Mount Bugak in northern Seoul. They are investigating the exact cause of death.
Share
Print
List