Late Mayor to Be Given 5-Day City Government Funeral 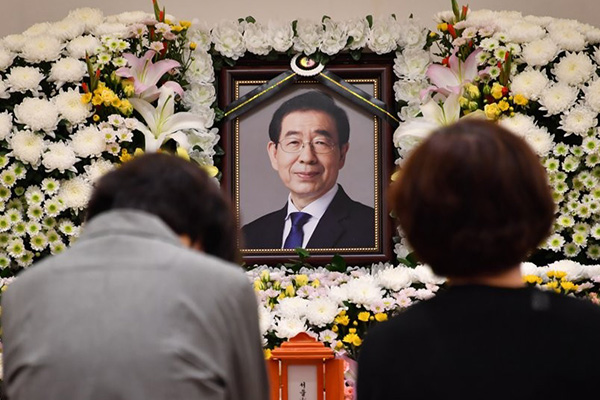 Late Seoul Mayor Park Won-soon will be given a five-day city government funeral.

A senior official with Seoul City told reporters that this would be the first such funeral as the city has not previously had a mayor die while in office.

A memorial altar for Park was set up at Seoul National University Hospital in central Seoul.

The city will set up another memorial altar in front of Seoul City Hall on Friday so that citizens and city officials can pay their respects.
Share
Print
List