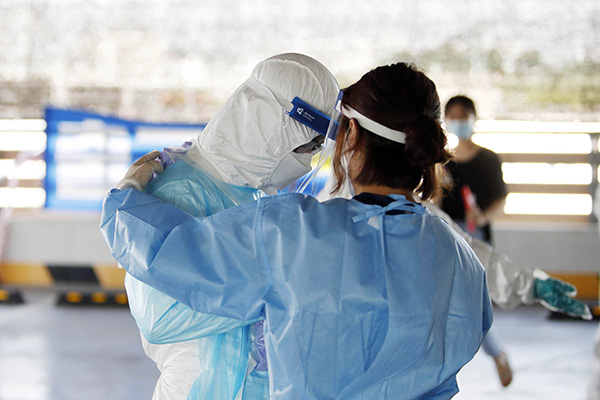 South Korea saw its daily COVID-19 cases hover around 40 amid a rise in both domestic and imported infections.

The central quarantine countermeasures headquarters reported 45 new cases as of 12:00 a.m. Friday, bringing the total number of infections to 13-thousand-338.

Of the latest cases, 23 were imported from overseas while 22 were local transmissions.

Of the imported cases, four were detected upon arrival, while the other 19 were reported by local authorities in six cities and provinces.

Fourteen out of the 22 local cases were from Seoul and Daejeon. Gyeonggi Province and Gwangju each added three cases and South Jeolla Province had two cases.

With the latest cases, the cumulative number of COVID-19 infections in Seoul came to one-thousand-401. That’s the second highest in the nation after Daegu, which has been hit the hardest by the latest pandemic.