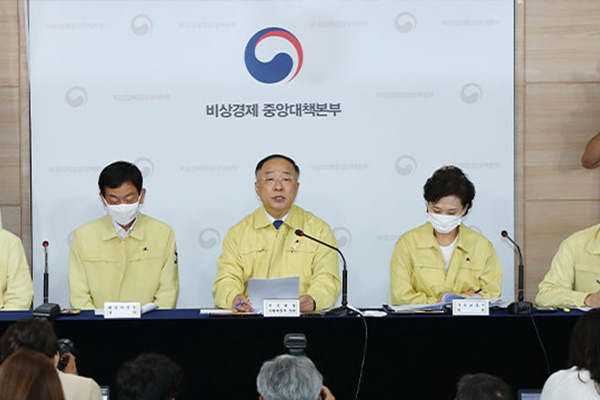 Anchor: The South Korean government is clamping down further on real estate speculation and soaring housing prices, announcing Friday it would nearly double the cap on the comprehensive real estate holding tax for multiple homeowners. The ultimate goal is to boost taxes to get people who own more than one home to sell their property and stabilize residential property prices by making more homes available for purchase.
Sam Len reports.

The government’s message to multiple homeowners is simple: retain only the home in which you reside and sell the rest to make more homes available for those who can’t afford one. Failure to abide by the recommendation will result in punitive taxes.

The latest measures come amid growing public discontent toward the Moon Jae-in administration, which has been trying desperately to make homes more affordable especially in the capital Seoul.

The government's prime targets are owners of multiple homes and real estate speculators. And the main weapon in its arsenal is higher taxes.

The government will nearly double the cap on the comprehensive real estate holding tax from three-point-two to six percent for owners of multiple homes whose value totals more than nine-point-four billion won.

[Sound bite: Finance Minister Hong Nam-ki (Korean/English translation)]
"We will boldly increase the acquisition tax rate for multiple homeowners and corporate entities by up to 12 percent. We will also strengthen taxes on property ownership."

Starting in 2021, homeowners who sell their homes less than a year from the day of purchase will face a 70-percent transfer tax, compared to the current 40 percent.

Those who possess their homes for less than two years will have to pay a 60-percent tax.