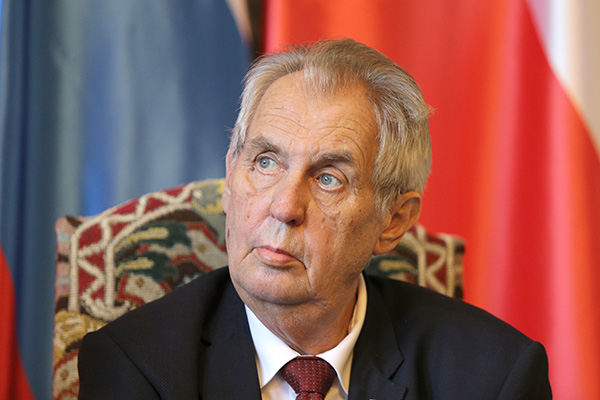 The leaders of South Korea and the Czech Republic have exchanged letters to celebrate the 30th anniversary of bilateral diplomatic ties.

In a letter to President Milos Zeman of the Czech Republic, President Moon Jae-in welcomed the continued expansion of bilateral cooperation in various areas in the past three decades, Seoul’s Foreign Ministry said Friday.

He particularly noted “successful cooperation” amid the COVID-19 outbreak, including the provision of entry restriction waivers for businesspeople and helping arrange emergency return flights for those residing in each country.

The South Korean leader also said he looks forward to further cooperation in future industries including electric vehicles and the continuous advancement of bilateral relations.

Zeman noted the development of bilateral relations and cooperation between Seoul and Prague and assessed South Korea’s COVID-19 responses as setting an example for other countries.