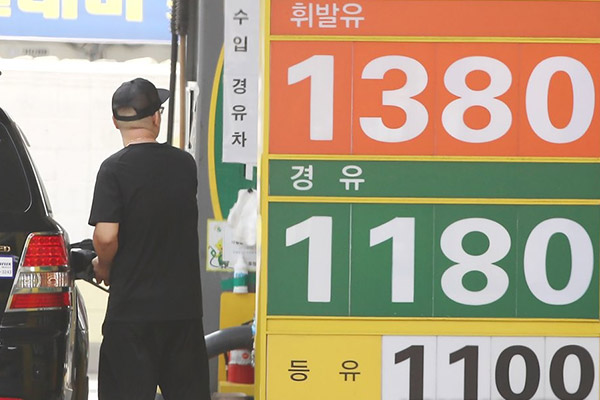 Nationwide gasoline prices have risen for the seventh week.

According to Opinet, an oil price information website run by the Korea National Oil Corporation, the average price of regular gasoline across the country rose four won to one-thousand-359-point-four won per liter in the second week of July.

Local gas prices, which had plunged since late January due to the coronavirus pandemic, have begun to rise again from mid-May following gains in global oil prices. But the weekly increase has eased over the past month.

In Seoul, where oil is most expensive, a liter of gas sold for one-thousand-452-point-three won this week, nearly four won higher than last week.

The average price was the lowest in Daegu, at just over one-thousand-337 won.

The price of diesel also rose three-point-eight won to one-thousand-162-point-three won per liter.