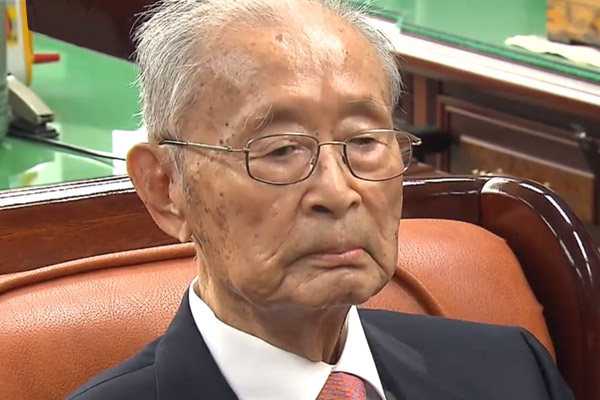 Paik Sun-yup, a South Korean military officer and a Korean War hero, died Friday at the age of 99.

Born in North Korea's South Pyongan Province in 1920, he began his military career as an officer in the Manchukuo Imperial Army during the Japanese colonial era. Manchukuo was a puppet state established by Japan in Manchuria in northeastern China.

Paik went on to serve as a commander during the Korean War as well as Army Chief of Staff and South Korean representative during ceasefire talks.

During the Korean War, he commanded key battles including the Nakdong River Battle and in recognition of his service, he became South Korea's first four-star general in 1953.

After retiring as a general in 1960, he went on to become a diplomat and while serving as transport minister, he oversaw the construction of Seoul subway line one.

But due to his two-year service in the Gando Special Force, an independent battalion within the Manchukuo Imperial Army, he has been criticized as being pro-Japan.

U.S. Forces Korea Eighth Army Command in 2013 appointed him honorary commander for his service in the defense of South Korea during the Korean War.