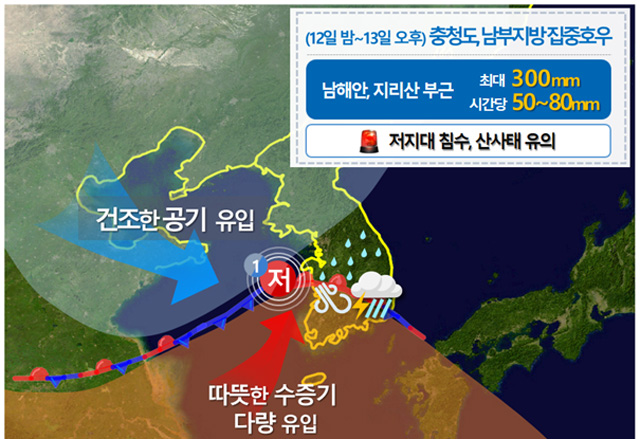 Rains are in the forecast for most parts of the nation from Sunday night.

Seoul and Gyeonggi Province, western parts of Gangwon Province and five islands in the western border area are expected to receive 50 to 100 millimeters.

The weather agency predicted torrential rains of 30 millimeters per hour to hit the southern regions between Sunday afternoon and night, with up to 80 millimeters of rains per hour likely to pelt early Monday along with lightning and thunder.

Due to the rain, afternoon high temperatures are forecast to drop from Sunday to reach a predicted 19 to 26 degrees Celsius for Monday.
Share
Print
List