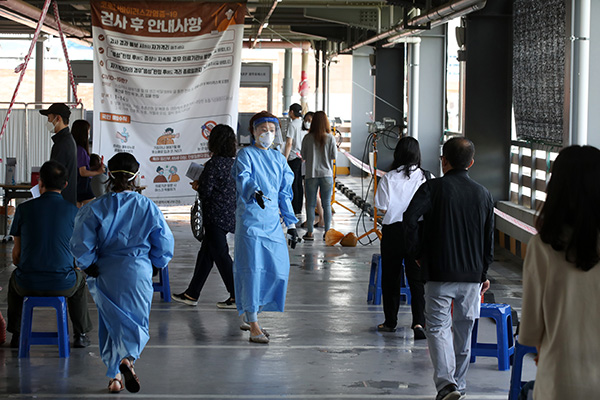 South Korea has once again reported over 60 new COVID-19 cases amid an increasing number of infections from abroad.

The Korea Centers for Disease Control and Prevention(KCDC) said on Monday that 62 cases were confirmed in the past 24 hours ending at 12 a.m., bringing the cumulative national tally to 13-thousand-479.

It is the first time in five days the daily hike surpassed 60 since last Wednesday when it hit 63.

Of the latest cases, 43 were imported from overseas, marking the biggest inflow in over 100 days since 51 on March 25. Twenty-five were reported by local authorities either in self-quarantine at their residence or at designated facilities.

It also marks the 18th consecutive day the nation saw a double-digit increase in imported cases.

Among the 19 local transmissions, 13 were from the wider Seoul area, including 10 in the capital city, while the remaining six were detected in Gwangju as the southwestern city is still reeling from a local cluster.