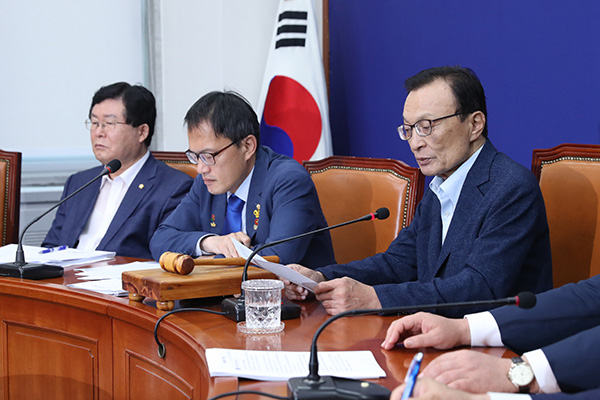 During a meeting of the party’s Supreme Council on Wednesday, Lee said he is deeply sorry about the allegations against both Park and former Busan Mayor Oh Keo-don.

He said he feels a deep sense of responsibility as party chief for disappointing the public and for the ensuing administrative vacuum.

Lee then conveyed words of consolation and apologized to the former secretary of the late mayor, who raised the sexual harassment allegations.

The party chief urged the Seoul Metropolitan Government to shed light on the allegations in accordance with the victim’s wishes. He also stressed the need to stop lashing groundless accusations against her and to not make the victim’s pain a political issue.
Share
Print
List