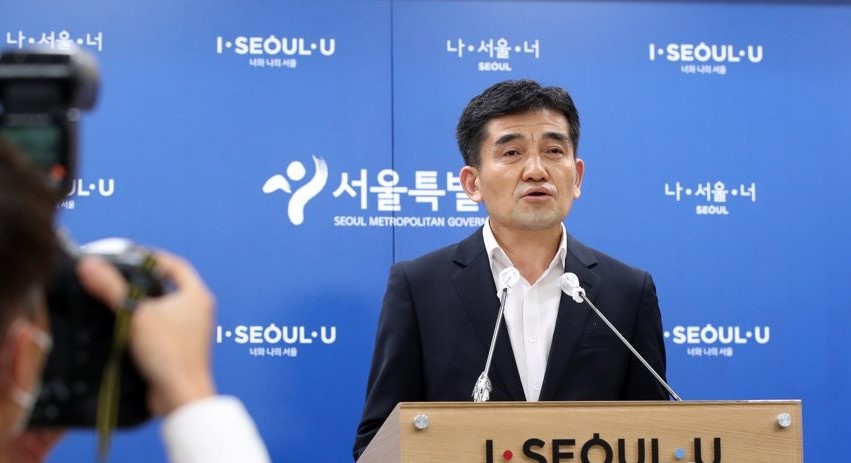 The Seoul Metropolitan Government will form a joint public-private investigation team to get to the bottom of sexual harassment allegations made against the late Seoul Mayor Park Won-soon.

In a statement on Wednesday, the city government said the team would consist of representatives from women's groups, as well as human rights and legal experts, guaranteeing fairness and objectivity.

Seoul City said it will prioritize preventing secondary hurt to Park's former secretary, who made the accusations, and will sternly respond to anyone inside the city government found to have exposed her identity.

The city government also vowed to effectively support the former secretary in managing daily life and provide her with counseling and security around her residence.

While the woman took criminal action against Park the day before his apparent suicide last week, police are planning to close the case citing the mayor's death.
Share
Print
List