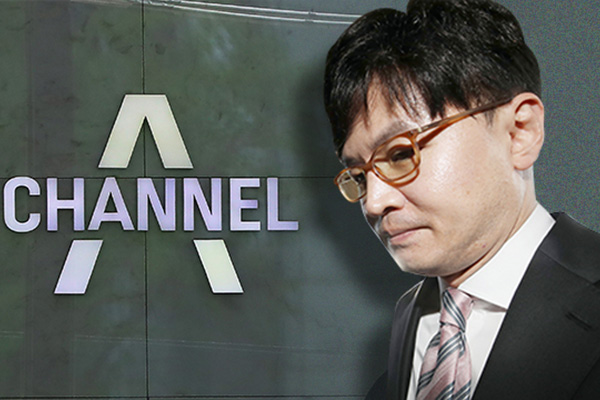 Prosecutors are seeking a court warrant to arrest a journalist at the center of an alleged media-prosecution collusion case.

The Seoul Central District Prosecutors’ Office on Wednesday requested an arrest warrant for Lee Dong-jae, a former Channel A reporter, who is accused of pressuring a convicted fraudster for a list of politicians his investment firm purportedly lobbied.

The prosecution cited the need to arrest the suspect given his alleged attempts to destroy evidence. A court hearing is expected to be held on Friday to review the warrant request.

The inmate, Lee Chul, who used to be a supporter of former President Roh Moo-hyun, has claimed that the ex-reporter for the conservative outlet colluded with Han Dong-hoon, a senior prosecutor close to Prosecutor-General Yoon Seok-youl, and threatened of potential criminal consequences unless he provides leads on possible corruption involving pro-government figures.

The ex-journalist has denied both allegations of collusion and threats and argued that he fell into a trap set by an aide to the convict, who lured him into a list that never existed. Prosecutor Han has echoed the reporter’s views and denied his alleged roles.

The prosecution’s arrest request was made a day after the Supreme Prosecutors’ Office decided to hold a review panel meeting next week to look into the appropriateness of the ongoing investigation into the case by prosecutors. The panel review may not be held depending on the court's decision on whether or not to arrest the journalist.
Share
Print
List