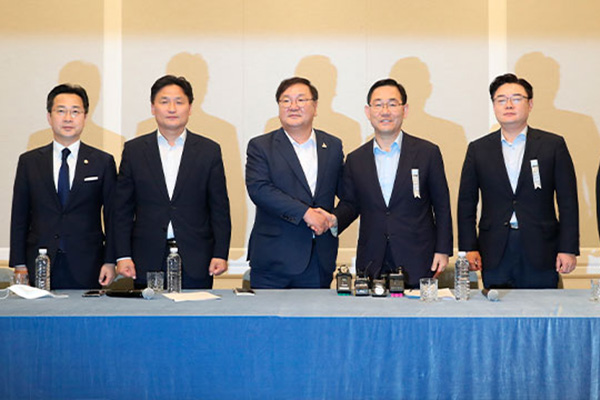 The 21st National Assembly is set to begin its official proceedings on Thursday with an opening ceremony.

The parliament's opening ceremony comes 48 days after the term of the new assembly kicked off, the longest-ever delay since 1987.

President Moon Jae-in will address the parliament at the event that will be held at 2 p.m.

The president is expected to call for bipartisan cooperation on the massive New Deal initiative. He is also expected to seek the help of parliament regarding bills on the economy, housing market and the creation of an independent agency to investigate corruption by high-ranking public figures.

The heads of the ruling Democratic Party and the main opposition United Future Party will give speeches next Monday and Tuesday.

The assembly will then hold a three-day interpellation session from next Wednesday and hold plenary sessions on July 30 and August 4 to handle pending bills.
Share
Print
List