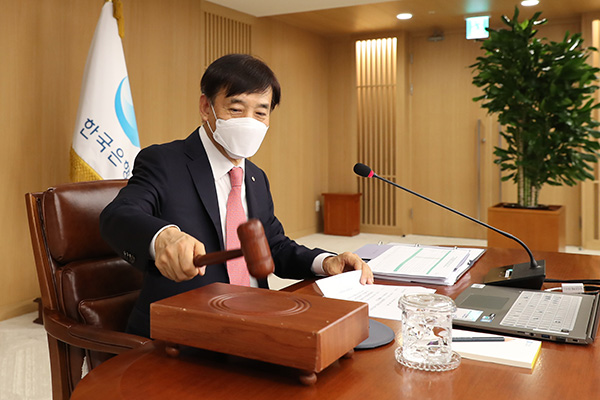 The Bank of Korea kept the key interest rate at point-five percent amid soaring housing prices despite the ongoing slump from the coronavirus pandemic.

In a statement on Thursday, the central bank also said it expects economic growth this year to be lower than its previous forecast of negative point-two percent

The rate freeze was widely expected.

Following the two cuts, the central bank appears to have decided that another rate cut is unnecessary considering the relatively stable financial market and the overheating property market.
Share
Print
List