One Killed in Tanker Explosion in Incheon 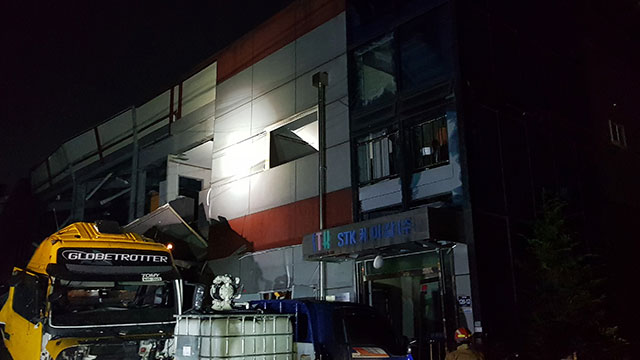 One person was killed and seven others injured after a tanker truck exploded in Incheon City on Tuesday.

The powerful explosion occurred at around 8:51 p.m. at a chemical factory in western Incheon while hydrogen peroxide was being loaded into the truck.

Seven workers were injured and taken to the hospital for treatment, while one was found dead early on Wednesday.

The explosion did not cause a fire, but damaged parts of the building and nearby factories.

Fire authorities mobilized some 50 fire trucks and equipment along with more than 140 people to contain the explosion. They along with the police plan to conduct a joint inspection of the site on Wednesday to find out the exact cause.
Share
Print
List