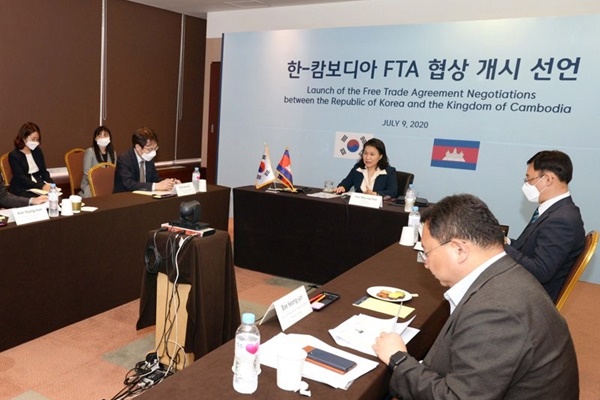 South Korea and Cambodia are set to launch official negotiations for a bilateral free trade agreement on Thursday and Friday.

According to the Ministry of Trade, Industry and Energy, during the first round of virtual FTA talks, the two sides will discuss details of the envisioned trade deal, including rules of origin, economic cooperation and general principles, and opening up the commodity market.

The two-day negotiation comes more than a year after Cambodian Prime Minister Hun Sen proposed making preparations for the trade pact during his summit with President Moon Jae-in in Phnom Penh back in March 2019.

After conducting a joint feasibility study on establishing an FTA last year, the trade ministers of the two sides announced the official launch of the FTA talks on July 9.
Share
Print
List