US Troop Drawdown from Germany Puts Seoul on Edge 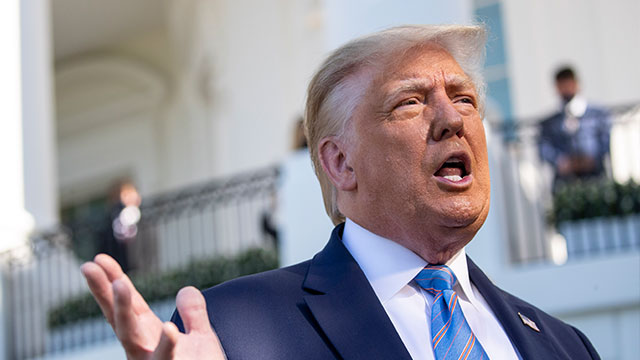 Anchor: Moved by U.S. President Donald Trump's call to pull troops out of Germany, the Pentagon is now preparing to withdraw about a third of its soldiers from the European ally in what it calls "strategic" repositioning. U.S. Defense Secretary Mark Esper on Wednesday announced - of the nearly 12-thousand military men and women - more than half will be sent home as the Pentagon shifts the remaining half to other NATO countries. Trump stood by his controversial decision, sparking concerns he could pursue a similar move with South Korea.
Kim Bum-soo has more.

The U.S.' 'strategic repositioning' is putting South Korea on edge. Seoul and Washington's defense cost deal expired last year, but they are failing to agree on how much each side must pay for the upkeep of some 28-thousand-500 American solders stationed on the Korean Peninsula.

Even before pulling troops out of Germany, U.S. President Donald Trump has been calling for a near 50-percent increase - a hike Seoul wants to settle at 13 percent.

[Sound bite: US President Donald Trump]
"Germany is delinquent. They haven't paid their fees. They haven't paid their NATO fees and they are way off and they have been off for years and they have no intention of paying it and the United States has been taken advantage of, on trade and on military and on everything else for many years. And I'm here and I've been straightening it out."

Speaking to reporters at the White House Wednesday, Trump defended the troop drawdown with the same argument he has been using against South Korea.

[Sound bite: US President Donald Trump]
"They are there to protect Europe, they're there to protect Germany. Right? And Germany is supposed to pay for it and Germany's not paying for it. So why should we leave them? We don't want to be the suckers anymore. The United States has been taken advantage of for 25 years both on trade and on the military. We are protecting Germany. So we're reducing the force because they're not paying their bills, it's very simple. They're delinquent."

Around six-thousand-400 U.S. soldiers will return home from Germany and some five-thousand-600 others will be redeployed to other European countries over the next few years. The move is estimated to cost billions of dollars for the U.S.

[Sound bite: US Secretary of Defense Mark Esper (Jul. 21)]
Question: Is there any truth to these media reports? Is the Pentagon and the president considering any reduction or withdrawal of U.S. forces?"
Esper: "I've issued no orders to withdraw forces from the Korean Peninsula... "

U.S. Defense Secretary Mark Esper confirmed last week that he has not issued orders to reduce troops in South Korea, but left the door open for such a move in the future.

[Sound bite: US Secretary of Defense Mark Esper (Jul. 21)]
"So we need to look at the adjustments, every command we have in every theater, to make sure we are optimizing our forces, while we're moving toward additional concepts, new concepts such as dynamic force employment, and I continue to pursue more rotational forces, force deployments into theaters because it gives us the United States greater strategic flexibility in terms of responding to challenges around the globe.”

The South Korean defense ministry on Thursday reiterated there has been no discussion on a U.S. troop drawdown between the allies.

But, ahead of the U.S. presidential election in November, it remains to be seen whether the issues of defense cost and an American troop reduction will indeed be dealt as separate matters.
Kim Bum-soo, KBS World Radio News.
Share
Print
List